All Book Listed Are Available At Major Bookstores.

“GirlRO’S” is a one of a kind, standalone original comic book in the same vein as “Hero’s”, but with a brand-new spin that includes two intertwining stories.

Use coupon code to get 50% discount: 50discount 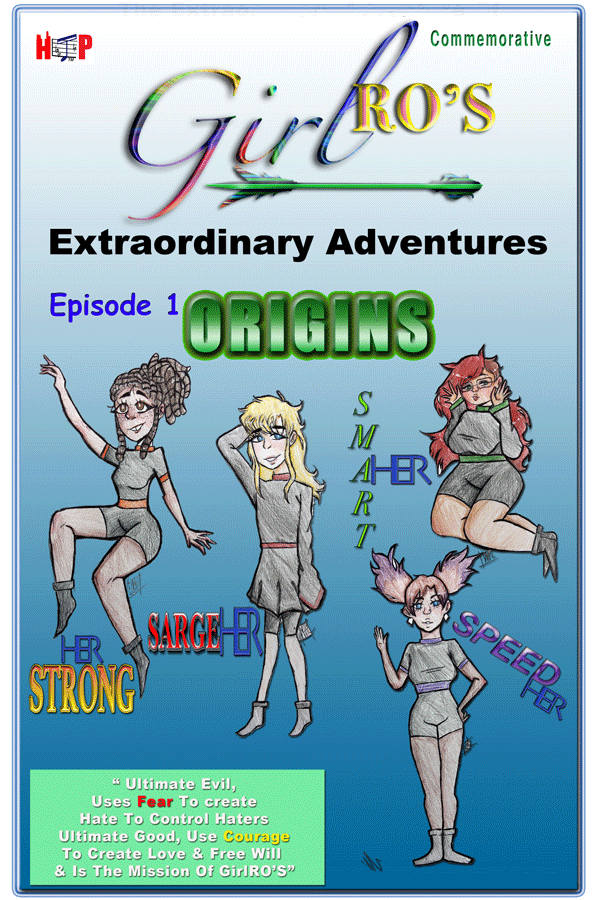 Use coupon code to get 50% discount: 50discount

“GirlRO’S” is a one of a kind, stand alone original Graphic Novel and Standard Comic Book in the same vein as “Hero’s”, but with a brand-new spin that includes two intertwining stories.

“GirlRO’S” were bred to possess enhanced traits and abilities, one of which allows them to produce stronger than normal antibodies that might prevent future epidemics.

GirlRO’S” originated as a Graphic Novel & Standard Comic Book Series, set in the backdrop of America’s most diverse city, Houston, Texas in 2025, with missions around the world.

The birth of  “GirlRO’S” originated in march of 2000, after The National Human Genome Research Institute awarded a $250 million-dollar research grant to Lucile Adams-Campbell Epigenetics Genome Institute, for a (DNA) subject paring research study that may enhanced antibodies in their test subject’s offspring.

Using the theory of Epigenetics, trails carried out at the LAC Epigenetics Genome Institute campus, headed by the managing Director, Professor Sensor Knowsit.

The paring couple’s kids inherited genomic traits will hopefully provide them the ability to produce vaccines, that may prevent virus and bacterial infections prior to an epidemic.

The story starts with a social media marketing campaign that is seeking volunteers (looking for paid research volunteers). Ten (10) volunteer conceiving test couples were selected with 10 alternates, based on the strength of their genome traits that each subjects have. They were matched with partners that share the need for each others genome traits, which, in theory, will produce children with enhanced genome traits these 20 were narrowed downed to 10, before selecting the finalist, Five (5) males and Five (5) females, all test subjects were isolated by gender in separate areas of the campus to avoid, contact for 90 days prior to the announcements.

“All test subjects have agreed that, the mother has the final say on conceiving the child, sex or in vitro fertilization” prior to meeting the other parent, says the study research managing Director, Professor Sensor Knowsit.

The “GirlRO’S” characters are based on four of the children born during the study.

The Extraordinary Adventures Of “GirlRO’S” is a story about the exploits of these three young multiracial females, plus a transgender male trained under the epigenetic theory taht are advocates of fighting injustice that harms others, with a priority of helping abused girls and women around the world as they master their inherited enhanced traits and other trained abilities.

“SmartHer”-“Xin Landa Hernandez” has a 200 IQ, Miro Chip Enhanced, that allows he internet and has the ability to connect to the to figure out issues and located anyone any where by using her mental complicity. DNA Race Mix, (Mexico/Central America & Japan/Chinese) Parents, Mother, Yao Xiu Mei, Father Jose Hernandez.

$14.99
Add to cartQuick View
What Other People Should Know About Black People

The 9-Chapter Book Gives A Revealing Insight In